An Evening of Appreciation 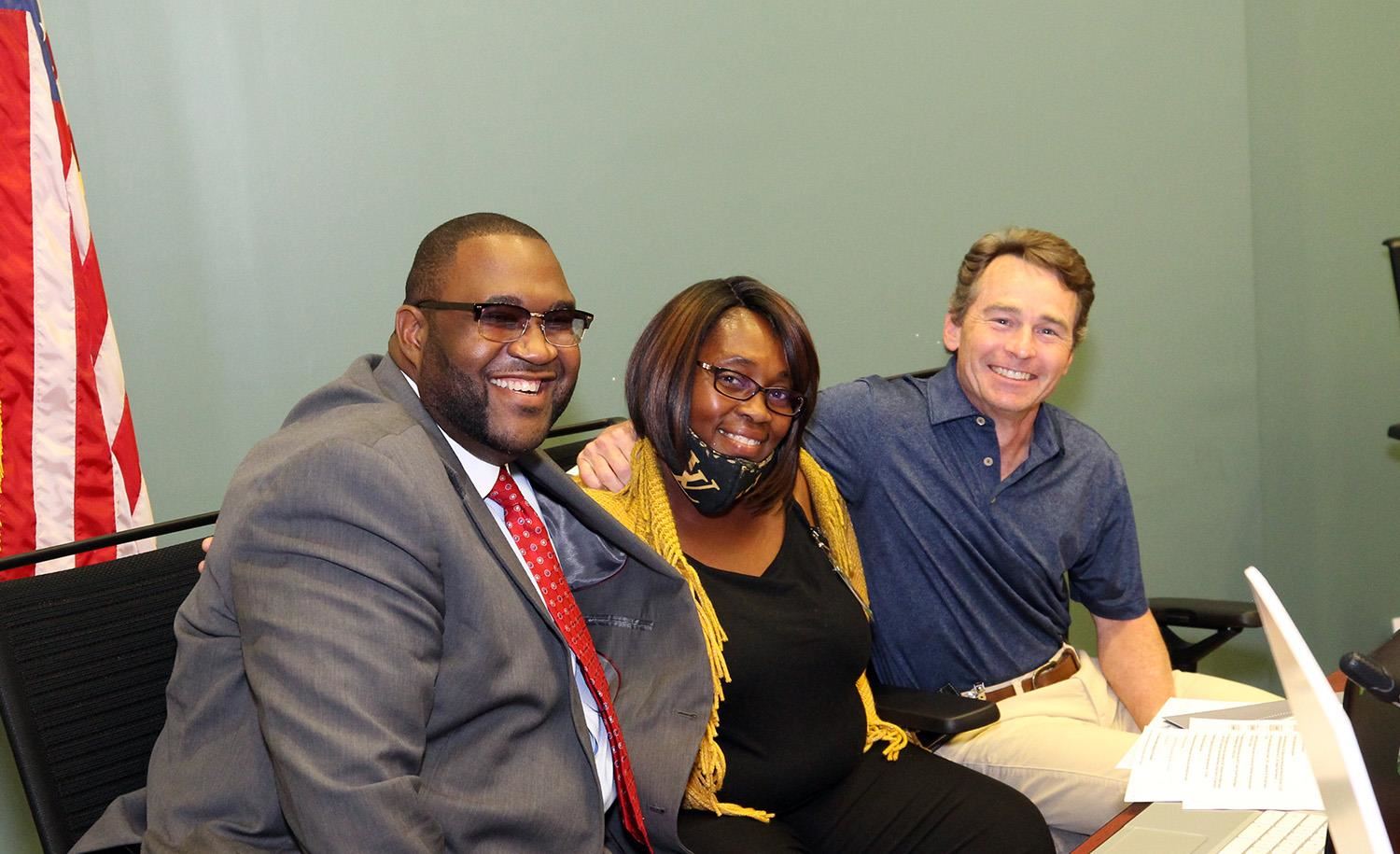 It was an evening of emotional appreciation for two board members whose term will expire in the coming weeks. District 1 board member, Rev. Matthew Wilson (left), and District 3 board member Dr. Guy May (right) participated in their final regular board meeting Thursday night after a four-year term in office. The two received heartfelt expressions from the six members whose service to the Tuscaloosa City Schools will continue into the next term. Board chair Eric Wilson thanked them for their service and said they would be missed dearly, calling them "equally effective and equally amazing board members."

The two begin their term in 2017 and their time on the board has been marked by the following highlights, including the implementation of the TCS strategic plan:

Wilson and May were also provided a set of cufflinks featuring the TCS logo to mark their time in office.