A new Board of Education marked its first meeting Tuesday and started its tenure celebrating the achievements of a group of track and field athletes from Northridge and Paul W. Bryant High schools. 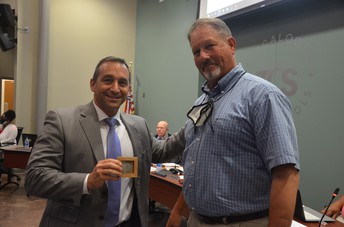